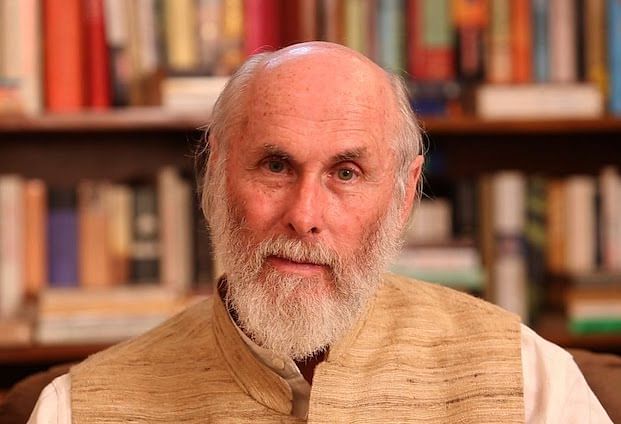 Prime Minister Narendra Modi has been described as a political rock star for his popularity in India and with India’s global diaspora. His bear hugs and smiling pictures with a great variety of world leaders has become iconic. Yet there remain those who are against him at whatever he does. Current global political discourse is dominated by the political situation in the West, particularly that of the United States. The West considers its discourse to be universal and able to judge the rest of the world and its very different cultures and social orders through that lens. The truth is that western politics remains deeply divided between right and left and does not understand other civilizational models, particularly that of India.

How then do we look at Narendra Modi? Many would label him a rightwing phenomenon, another populist leader, comparing him with Donald Trump, perhaps Vladimir Putin. Yet Modi’s policies do not fall along the lines of western political dichotomies and their limited biases. There are several such distorted views of India’s Prime Minister that we will address below.

(1) Modi as an Authoritarian

That Narendra Modi is authoritarian is one of the most illogical and fact-free allegations against him. Modi won a landslide victory in the largest democratic election in history in 2019, with over six hundred million people voting. He is obviously a popular democratic leader who has been able to renew his mandate from the masses of India. There may be those who vehemently oppose him for various reasons, but he is the head of the largest democracy in the world.

(2) Modi as a Hindu Nationalist

Modi is often called a Hindu Nationalist, though it is not a term that he ever uses for his policies. What a Hindu nationalist is also something that no one has ever clearly defined.

In this regard note that there are dozens of Islamic states, including Pakistan, in which Islamic law is enforced, as well as Christian states and Christian political parties in many countries and continents. Yet their leaders are not called Islamic nationalists or Christian nationalists. Why should a Hindu influence in politics be considered inherently wrong or dangerous, even in their own country of origin? After all, Hinduism is the oldest, most diverse and pluralistic of religions, and the largest of the non-Abrahamic traditions. It has given us Yoga and Vedanta, not crusades and jihads. A Hindu voice should be respected and is necessary for a balanced discourse in the world.

Narendra Modi is personally a proud Hindu but his concern is with India as a whole, working with all communities. Yet we cannot ignore the fact that India is a Hindu majority country and its culture for centuries has been largely Hindu, in spite of long periods of foreign rule and conversion efforts that continue today. Yet concern for Hindu human rights or historical oppression of Hindus is seldom found in the global discourse on politics, society and religion .

Modi has taken a socialist approach to the economy with extensive welfare programs for the poor, including providing bank accounts, electricity, gas cylinders and sanitation, as well an overall improved infrastructure for the benefit of all.

At the same time, he has encouraged businesses, foreign investment and entrepreneurship. His opponents like to say that he favors the rich, hoping to gain the votes of the poor. Yet the poor know how much Modi has done for them, which is why they voted for him in his landslide victory.

So how do we judge Modi-economics? Is it right wing or left wing, capitalist or socialist? The problem again is that our terminology is wrong. Modi brings in Gandhian socialism that is to the left of the Democrats in America. Yet he promotes businesses on all levels, particularly those that are innovative.

Modi hails from the backward classes and has led a simple life, not accumulating wealth and property for himself or his relatives, which was the hallmark of previous Indian administrations. Yet the old wealthy Congress elite likes to distort him as a friend of the wealthiest Indians only.

(4) Relations with the Islamic World

The western media often states that Modi is anti-Islamic largely because he has dealt strongly with Pakistan and with separatist forces in Kashmir. Yet Pakistan has long declared an unending jihad against India and demonstrated a willingness to use terrorists as part of it. Pakistan has also been the center of global terrorism that few countries in the world have not been targeted by.

Modi has good relations with many Islamic countries, including Bangladesh, UAE, Saudi Arabia, Iran and Indonesia. Saudi Arabia is opposed to such radical Islamic groups as the Muslim brotherhood, ISIS and Al-Qaida that Pakistan has aided, who have made the overthrow of the Saudi government one of their priorities. Modi’s concern for national security and his opposition to such Islamic terrorist organizations is not much different than that of many Islamic countries.

Support for Modi and India in the Islamic world is the reason that few Islamic countries challenged Modi on his recent reintegration of Kashmir into India.

(5) Narendra Modi and the USA

Modi developed good relations with President Obama who he brought to India as the chief guest for the Republic Day 2016. He has good relations with Donald Trump, highlighted by their recent spectacular joint program at Houston. Modi’s rapport with the US is fostered by the strength of India’s diaspora, with which he is highly popular.

Some would condemn Modi for wanting good relations with Trump whom they detest. Yet Modi has good relations with leaders from France to Japan, Islamic countries from Saudi and UAE to Iran, as well as with Putin of Russia. His approach is to reach out to all countries with consideration and friendship. Isn’t that the mark of a true diplomat?

Modi introduced the idea of International Yoga Day to the UN in 2015, which has become a worldwide celebration. He has promoted Yoga in schools and has honored India’s yoga gurus ancient and modern.

Modi is one of the staunchest defenders of ecology in the world, prominently striving to counter climate change at various global forums. Though his views on yoga, ecology and healthcare are regarded as progressive in the West, he seldom gets any political credit for them from the left.

What then is the basis for allegations that Narendra Modi is pro-rich, anti-Muslim, right wing and authoritarian? We could just as well make a picture of Modi as socialist, pluralist, Gandhian, an ecologist, and a yogi if we stretch logic in the fashion.

This anti-Modi view reflects the blind rhetoric of western politics that fails to see the different the political considerations of other countries, as exaggerated by opposition parties in India, particularly of the far left.

Sadly, the left in the West uncritically accepts the distorted views of the radical left in India. India still has states like Kerala ruled by a communist party that highlights pictures of Lenin, Stalin and Mao. Leftist ideologues continue to have a strong influence in India’s media and academia.

Modi draws not only upon the legacy of Mahatma Gandhi, but also on that of Sri Aurobindo, Savarkar, Subhash Chandra Bose and other independence leaders. His approach is distinctly Indian, with a regard not only for Hindus but also for Buddhists, Sikhs and Sufis.

Certainly, India must protect its national interests. What other country does not? And these interests must reflect the culture and history of the country. That Narendra Modi is reviving India’s civilizational ethos should be respected, not reduced to deepening western political divides. The world needs to hear more from India and its Dharmic civilization that can help uplift all humanity.