Hindu children today simply do not have the same intense memories of temples, festivals, pilgrimages, villages, and grannies. 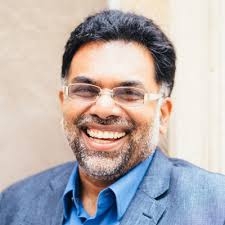 I think that the present trend of parental denunciations is very revealing - these kids/young adults are so certain of their moral superiority over their parents that they are ready to go anywhere. It’s not like earlier teen-rebellions. When we were teenagers and we rebelled, it never seemed like we were doing something better than our parents; our rebelling was mostly about getting freedom to do what we wanted; movies, clothes, diet, intoxication, maybe friends and even spouses. But it did not play out on the dead-sure certainty that what our parents stood for was morally wrong. How could they be morally wrong after all if what they scolded you for was for something like smoking a cigarette and screwing up your health?

Now, things are different. Your children are equipped and primed to see you and your whole life in terms they have been given in schools, colleges, and media as the conditions of progress, and not just material Nehru-era dams and IIT jobs sort of progress, but moral progress. They will NOT let it go easily, either because they love their parents and they want to see parents ‘reform’ out of ‘Hindutva,’ or that love is mixed up with a power trip emanating from their peer groups and friends. Note just how much of this boasting by the ‘woke’ parent-civilizing-missionaries was so brazenly public and addressed to their fellow ‘wokeys’ on Twitter.

They will lock you up until they get their ice-cream-fix in the form of your complete compliance in thought word and deed.

I think many parents are sensing this and are avoiding going there. But if you let it go – or you clumsily and counterproductively impose your internet ‘RW’ slogans – are they going to 'come home' eventually and join the great Hindu-survival uprising of so many generations? Maybe some will, but my hunch is most will not. They simply do not have the same basic sensorial and experiential core to draw on as we did - the same intense memories of temples, festivals, pilgrimages, villages, grannies. Not blaming them or anyone’s parenting, but this is a fact; all of these have become less prominent in daily life.

What can be Done

So what is to be done? Short answer for now: we need to understand the nature of propaganda and the logic of communication. I wrote Writing Across a Cracked World: Hindu Representation and the Logic of Narrative last year to help heal the Left-Right divide in a way. I think some of the suggestions there will be of interest, but a lot more has to be thought through on that other great crack, which is one of artificial colonizing Time, and is running across our homes, lives, and hearts.

If you want your kids to recognize that they are being targeted by propaganda in school, college, media, and workplace, you have to stop acting as if all of these are the only source of their worth in life. You have to stop forwarding memes glorifying your Indian CEOs and neighbourhood spelling bee champions, JEE toppers and all that sort of thing as if that is the only thing you ask of your kids. You have to show them there is more to life than being workers and consumers.

Of course, the first part is important, and it is fair to ensure the reproduction of economic security or what they will perhaps reinterpret as Brahminical Privilege that they must now disown in real-life performance and behaviour. But you have to show them that they must be critical (as their "woke" education is teaching them to be) and also Hindu, that with notions of karma, dharma, ahimsa, etc. Critical is Hindu and Hindu is Critical. You can't simply keep boasting about how smart being RW is and how bad X or Y people are and expect them to think you are anything but a Brahminical Supremacist Islamophobe. Note: ‘Critical’ here refers to not being literally critical but to an intellectual practice of questioning, inquiring and learning, a method that comes easily to a non-dogmatic intellectual tradition like Hinduism.

To put it even more plainly: if you want to help your children grow up to be worthy and respected human beings you have to show them you can see them as more than just future workers and consumers, which is what this Matrix-like exploitative global economy wants them to be anyway. You have to show them they are Amrutaputras, and ironically, for that, you have to get into the Leftie trenches with them. Understand the appeal in what is actually being taught in what you might otherwise dismiss as ‘Liberalandu/Libtard/Snowflake’ stuff. No, you shouldn’t dismiss all this. These kids are growing up in a far more commercialized, commodified, heartless world than you did because you and I had our affectionate world of the Indian village and elders a lot more. Today’s kids get meaning, value, and purpose from their Arundhati Roys and Noam Chomskies and others because their critiques, especially of greed and corporate culture, do make sense to them.

We were lucky we got our conscience from Amar Chitra Katha (ACK) first, but I am not sure ACK even means the same thing to them. Conscience, critical thinking, resistance, freedom, love, all of these have to be worked on, created, represented, constantly. And many Hindus are indeed doing it now. And thanks to the internet you are aware of it. But you cannot be smug and treat this emerging Hindu awakening like a consumer, like an internet pastime. You have to somehow bridge the generations with it. And for that, you simply cannot be calling yourself ‘RW.’ Sorry. But it's obvious. This limited approach is unsustainable.

If you put in your money into creating an actual ‘RW,’ like the American Christians did, then maybe you would have the right to expect that conformity from your kids; they would have jobs, careers even as proud conservatives (and it’s not only about top-down financial investment; even at the micro-level of individual families, more and more parents are opting to homeschool or ‘unschool’ their children. In the US, it is both religious and secular parents, but in India, it appears that most homeschooling/unschooling is coming from more secular-liberal parents rather than “Hindu” parents.

But this ‘RW’ part so far has been a farce and a hoax. This part has been a political stunt where a great crab usurps the uprising and tells them ‘Shabhash Jai Hind! We have frightened the left-liberal.’ No. The ‘left-liberals’ have ensured the reproduction of their young and yours with fantastic jobs and careers. Your side has done nothing of the sort, and expects its young to join the ranks only to disappear into nothing more than anonymous internet clickery. Ironically, this consequence of fading away into anonymity emerges from using the Lion-Like Swami Vivekananda’s Lion-Roar exhortations to recruit genuine “RW” warriors and variants thereof. Your ‘side’ has let go of the infinite cultural and spiritual possibilities of the future while grabbing the ultimately unsustainable economic base of the present. And it denies all this with a delusional intensity bordering on violence. This has been the most sickening part of what I have seen of Hindu activism.

Draw on the love of those who came before. Grow it. And pass it on meaningfully to those who you love and do so much for anyway. And by 'meaningfully' I mean learn to operate in the ‘Left Liberal’ discourse rather than mock it ineffectively from the irrelevant outside. Learn to command it, own it, and to destroy its hypocrisies and lies and hate, but do not mistake it for something it is not. Your children are in its lap. I don't have to describe what is going to happen, what is already happening, anymore.

Vamsee Juluri’s latest book is Firekeepers of Jwalapuram: Book 2 of The Kishkindha Chronicles and will be published by Westland books on March 9, 2020.