The Face of a Communist Civil War Inside JNU: Nothing Revolutionary About the AISA

India does not need a JNU Communist inspired cultural or political revolution, which would only destroy the country and its great civilizational heritage. 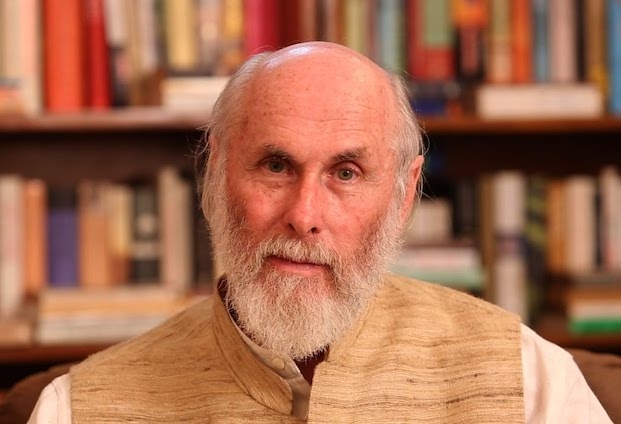 AISA, a Front for the Communists in Indian Education

JNU student union All India Students' Association (AISA), the largest student union at JNU, is the student wing of the Communist Party of India (Marxist–Leninist), one of the most radical leftist and Communist groups in India.

Communists in India still honor Marx, Lenin, Stalin, and Mao. They have never renounced or even criticized violent Communist revolutions or dictatorial states like the Soviet Union or Communist China.

While decimated at the polls, the Communist Party is trying to remain relevant and stage a comeback through its student activists, who have become their foot soldiers and media images in their new revolutionary fervour to challenge the success of Narendra Modi and the BJP.

AISA states that they believe that Marxism is the science of revolutionary change and human emancipation. AISA defines itself as a revolutionary, democratic students’ organization.

In reality, AISA is an association following the old failed Communist ideology of the twentieth century and emulating its cult of violence. Marxism is not a science but a political propaganda system. It has brought about revolutionary changes, but these have decimated whole countries and populations and cultures. It has not emancipated anyone, but created state tyranny wherever it has gained power. To associate it with democratic rights is a mere subterfuge. Marxism has never been democratic anywhere, unless as a temporary step to gaining totalitarian power.

These young revolutionaries look back to violent revolutionaries of the twentieth century like Che Guevara or Fidel Castro as their role models. They also sympathize with Naxalites, separatists and Jihadis like Burhan Wani or Afzal Guru.

They are certainly not peaceniks or Gandhians in their behaviour. They would never follow Yoga, Buddhism, the Dalai Lama or any Dharmic tradition from India, which they see as little more than fascism. They are violent revolutionaries, who stage regular protests and riots, who block teachers and research professors, even the Vice-Chancellor from doing their work or going to their offices.

No other democratic country today has such Communist student unions dominating a major university. If they did, such a university would have the same problems as JNU.

Not Victims but Instigators

What kind of behaviour would we expect from these revolutionary student activists? Of course, it is to create a revolution as quickly as they can, violence and deception not excluded.

India’s leftist media likes to portray Communist students as merely liberal young students and glosses over their violent connections and temperament, keeping the word "Communist" out of their description. The western media also never mentions the fact that these students are Communists, a combination of both ignorance by some, but old leftist sympathies by others. You will never find Barkha Dutt highlight JNU Communist student sympathies with the party of Stalin and Mao, for example.

When violence occurs on campuses where this radical left is in power, you can be certain they are involved as instigators, and not peaceful or innocent victims, which is absurd given their temperament.

Let us stop glorifying the romantic image of the young violent revolutionary seeking to overthrow the government for Marxist equality, which has yet to succeed anywhere in the world. The media should stop instigating them with publicity and sympathy, which is to promote violence and social division.

AISA and its affiliated bodies are not seeking freedom of expression. They will stop anyone from speaking against their party line if they can. They are not asking for democracy. They will not allow anyone to oppose their views when they control the scene. Everyone who challenges them is deemed a fascist, but their violence is for the glory of the revolution.

Time for India to Move beyond Marxism

India does not need a JNU Communist-inspired cultural or political revolution, which would only destroy the country and its great civilizational heritage. The Communist cultural revolution in China wiped out much of traditional Chinese culture, which the Chinese are still trying to recover.

Hindu Yoga and Vedanta offer a universal science of Consciousness compared to which Marxism is superficial, ignorant and spiritually blind. It is time for India as Bharat to rise again. It is time to discredit the Marxists and Communists in the educational system, where they only function as a poison.